« Back to غير مصنف

JIACC’s mission to Bahrain and the UAE 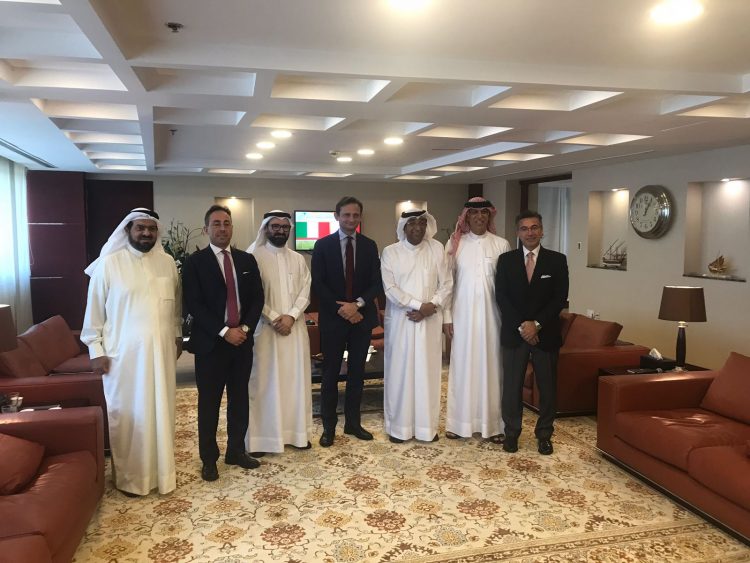 The Joint Italian Arab Chamber of Commerce led a commercial mission to Bahrain and the United Arab Emirates. JIACC’s mission was a success and proved, once again, our deep commitment to foster Italian-Arab economic and cultural relations

In Bahrain, JIACC’s Vice President Mr. Pietro Paolo Rampino met, along with H.E. Domenico Bellato, Ambassador of Italy to Bahrain, the CEO of Mumtalakat (Sovereign Fund of Bahrain), Mahmood H. Alkooheji. The discussion centred on the opportunities arising from a future collaboration between the two institutions. Afterwards, the Vice President met a large business delegation from the Bahrain Chamber of Commerce & Industry, chaired by the new President Sameer Nas. The new President accepted to become part of JIACC’s Board and confirmed his participation in the Forum with a national entrepreneurial delegation

The journey continued in the United Arab Emirates, where Mr. Rampino met with the Ambassador of Italy to the UAE, H.E. Liborio Stellino. During the meeting, Mr. Stellino confirmed the full support of the Italian Embassy in Abu Dhabi for the organization of the Second Italian Arab Business Forum. Vice President Rampino further met with top ranking officials of the Jebel Ali Free Zone, the most important Free Zone of the Middle East and an esteemed member of the Joint Italian Arab Chamber of Commerce. The mission provided also the opportunity to meet with H.E. Abdallah Al Saleh, UAE Undersecretary for Foreign Trade, a deep connoisseur and admirer of Italy’s culture and economy, who confirmed his complete commitment for the promotion of the Second Italian Arab Business Forum, to be held in Rome next October 17

To see the gallery