Saudi Arabia to triple size of its rail network 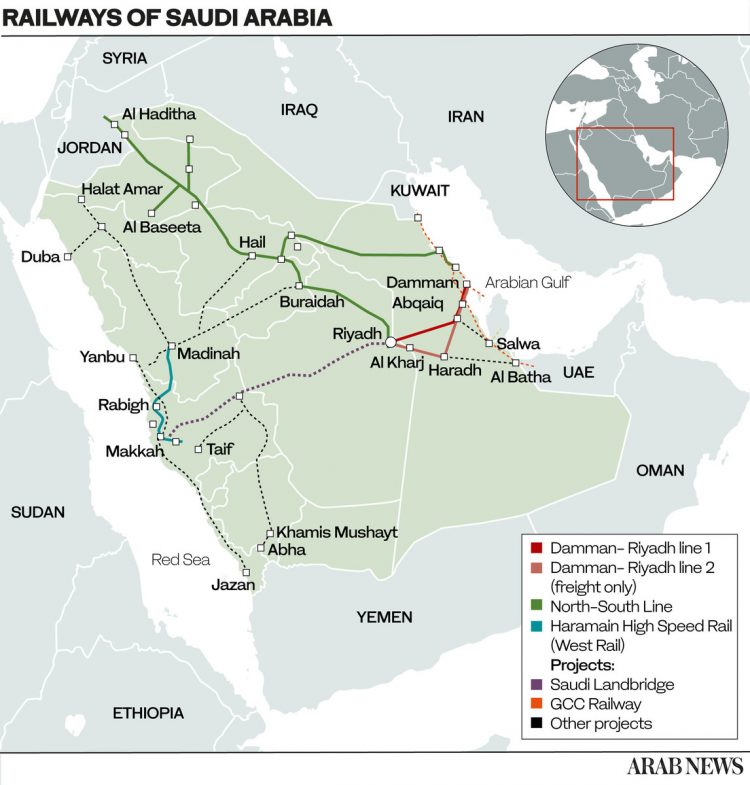 (Source Arab News) – The Saudi Minister of Investment, Khalid Al-Falih, said during the Future Minerals Forum in Riyadh, that Saudi Arabia plans to more than triple the size of its rail network with 8,000 kilometers of new track.

“New rail will criss-cross the Kingdom and add to the network we already have, he added.

In fact, actually there arey about 3,650 km of track on the Saudi rail network, on three lines.
The 2,750 km North-South line runs from Riyadh to the border with Jordan, The Riyadh-Dammam stretches 450 km from the capital to the east coast, and the new 450 km Haramain high-speed line connects the holy cities of Makkah and Madinah via King Abdulaziz International Airport in Jeddah and King Abdullah Economic City to the north.