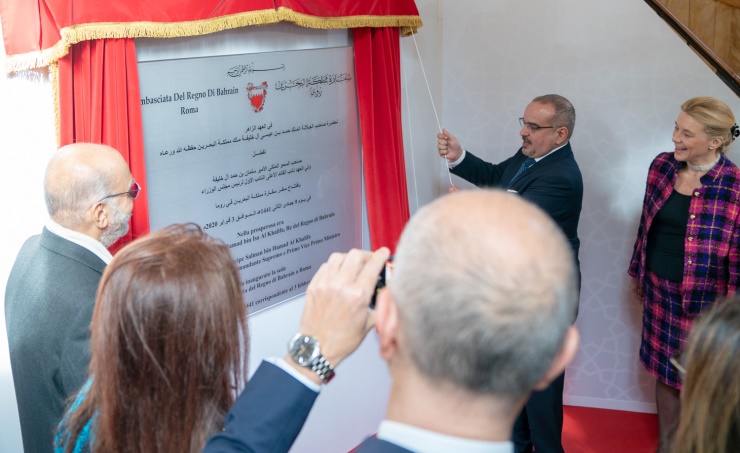 The official opening of the Embassy took place with the unveiling of a commemorative plaque by His Royal Highness the Crown Prince. Attending to the ceremony HRH the Crown Prince’s official delegation and a number of Italian officials, HE Ambassador Elisabetta Belloni, Secretary General of the Ministry of Foreign Affairs and International Cooperation of the Italian Republic.